Shamsudeen’s Reflection on the UN Conference

Since my budding years, I have always dreamed of a day I would be in the United Nation. Attempts over attempts have failed but the desire has never for once diminished. As destiny would take its course, the Fulbright program brought me to the United States. It was the first time I had left Africa and even though the flight was so long and scary, I was determined and it was worth it!

In February 2020, the big call came in; it was an invitation to attend the “WAR NO MORE” Conference organized by the Committee on Teaching about the United Nation (CTAUN). “Dreams come true”, I said to myself. Day and night I prayed for the waiting period to fly but the more I craved for that day, the more the time slowed down. It was finally time to fly to New York and the adrenalin rush could only best be imagined.

From the Hartsfield Jackson International Airport in Atlanta, I watched through the window (which I ensured I booked just to get a great glimpse of New York city) as the aircraft taxied and finally lifted. The view of the city of Atlanta was astonishing. As we continued into the flight, I imagined what the city of New York would look like and how I would handle my anxiety when I finally get into the United Nations Headquarters.

An hour into the flight, the pilot announced the commencement of our descending to the LaGuardia Airport. At that point, I opened the window just beside me, the scenery was just unbelievable. The views of the sky scrapers were so breath taking. “I guess I am dreaming”, I said to myself. The scrapers were evenly scattered across all parts of the city. Even though I had been in the states for over 7 months, it felt like this was my first visit to America. I gazed out continuously to see if I could recognize the United Nations building, but  it only turned out to be a wild goose chase.

In the morning of the UN event, I could not eat any breakfast as anxiety could not let me. I was dressed in my native Hausa attire which distinguished me from most. When I finally passed all the rigorous security protocol and got fully admitted into the UN building, there was a big long jump which symbolized my final victory. “Shamsuddeen, you are finally in the UN”, I said to myself. It turned out that all the people I saw were also very thrilled and triumphant as their facial expressions showed so. I had taken more than a hundred pictures even before the conference commenced.

The Nigerian diplomats in the UN were so receptive. They were so happy to see me in my traditional attire. Most stopping to say hello and to tease me about my Babban Riga (The full Hausa wear). As I was coming back from a lunch break in the IIE building just across the UN, I saw an articulate gentleman whose name I later got to know as Mr. Hashimu Abubakar , he spoke in Hausa language to me and that was a joyous moment for me.  We connected through the dress I was wearing.  This really showed how powerful one’s dress speaks for one.  I had a little chat with Mr. Abubakar despite his busy schedule and when I collected his card, I realized he was Nigeria’s Counselor to the UN Permanent Mission!!!!! I was so awed.

I like the simplicity in the working environment. Who would ever think such a personality could walk on the streets alone? In Nigeria he would be heavily guarded with security not because of any apparent danger but because of the prestige of the office he occupies. The fact that he could walk on the street was a big culture shock to me. I must say the experience in the United Nation was a phenomenal one because it has afforded me the opportunity to make a life time connection with like minds and this experience shall remain evergreen. I hope to visit the UN sometime over and over again. Thanks to Fulbright for making my dream a reality.

About the Author:
Shamsuddeen Magaji is a Fulbright Foreign Language Teaching Assistant from Nigeria. He holds a bachelor of Law degree from Usmanu Danfodiyo University in Nigeria. He is a native speaker of the Hausa language and teaches both the language and culture to graduate and undergraduate students at UGA. He serves as Hausa cultural ambassador to the United States and have been very passionate in sharing his culture. He has received several awards and recognition including the United States Fulbright Award and the African Union ECOSOCC Award. 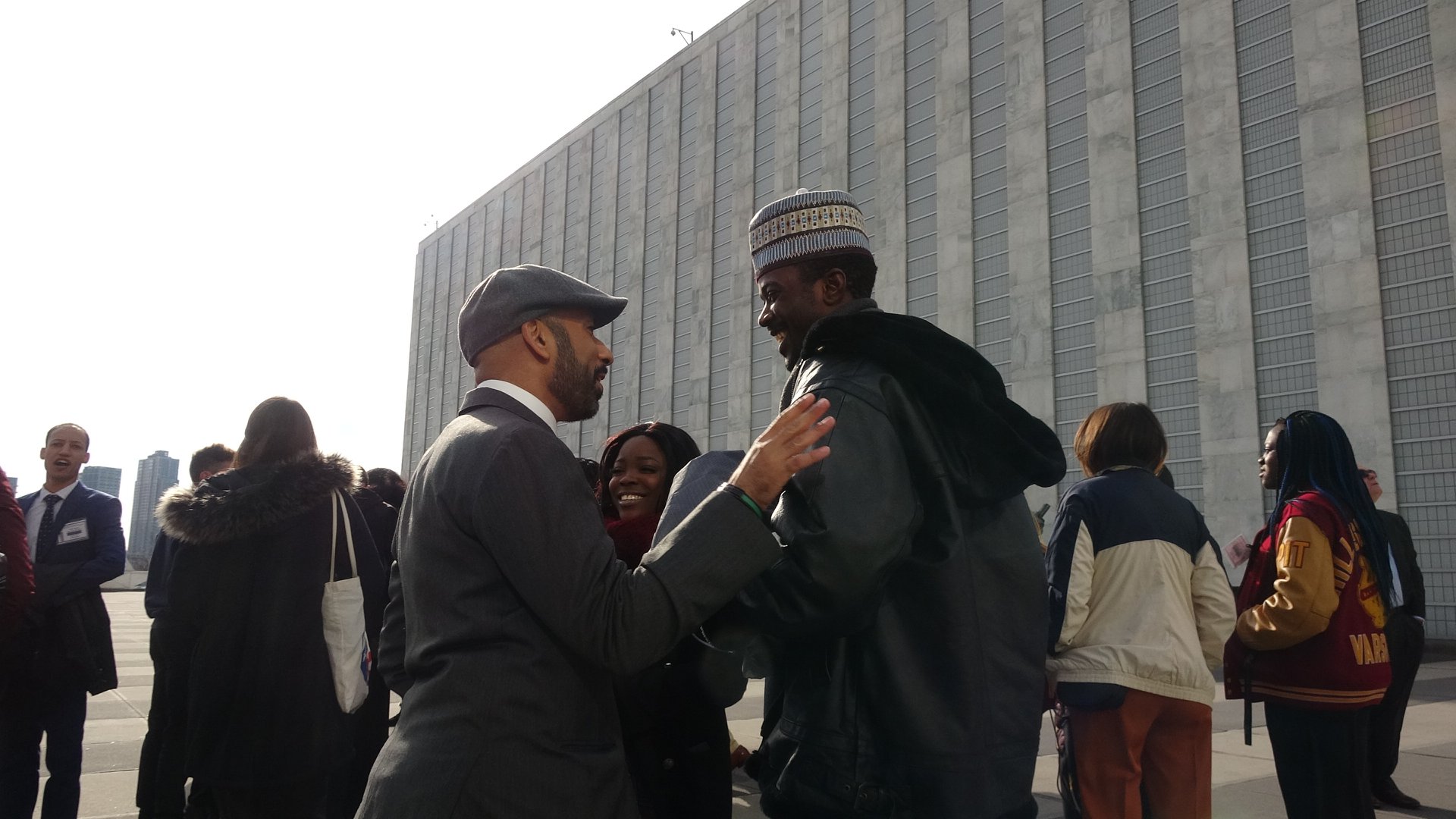 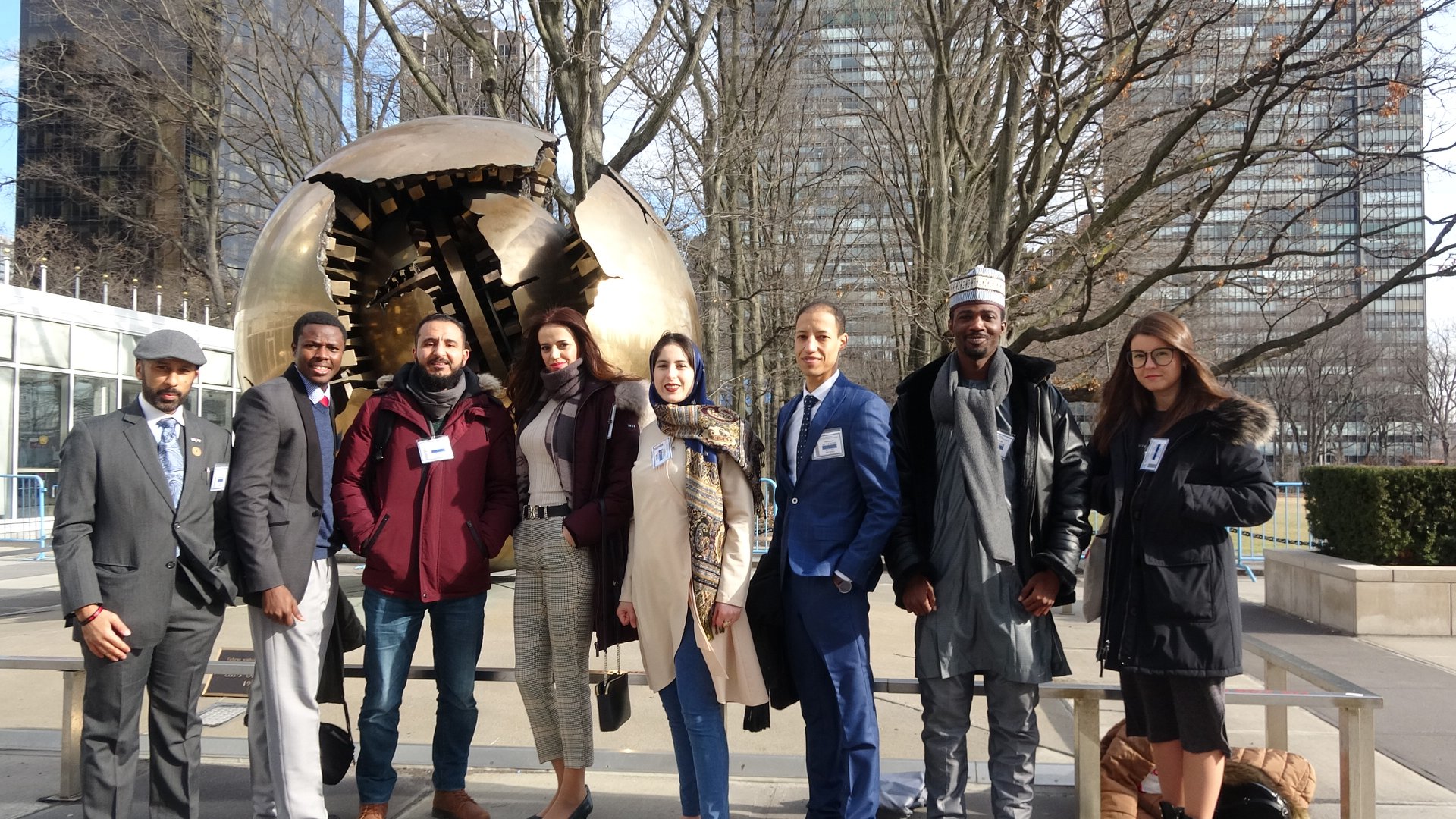 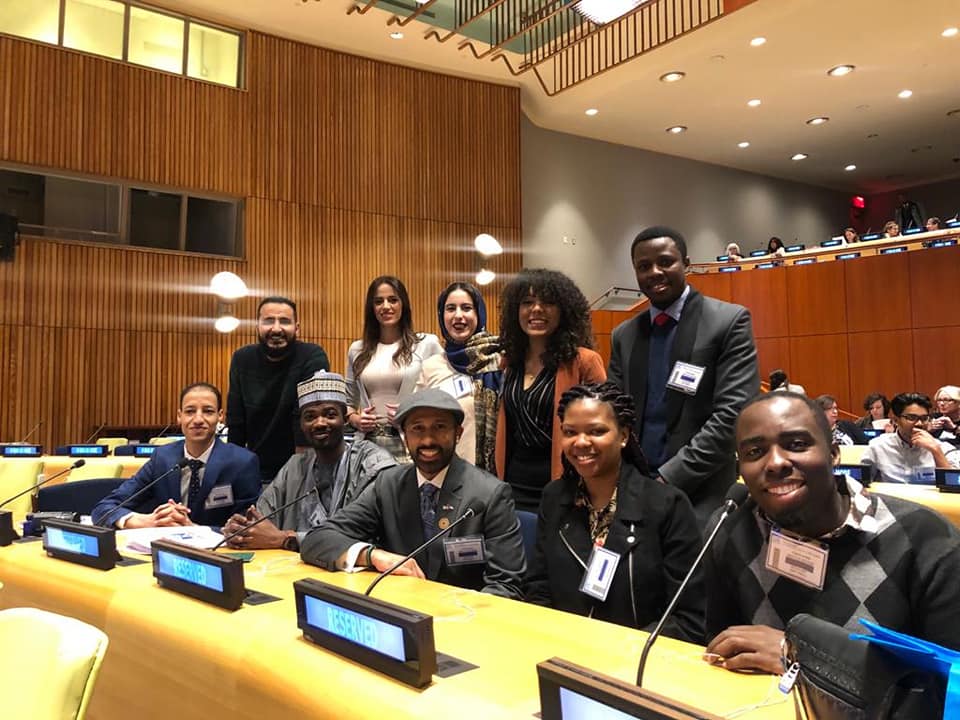 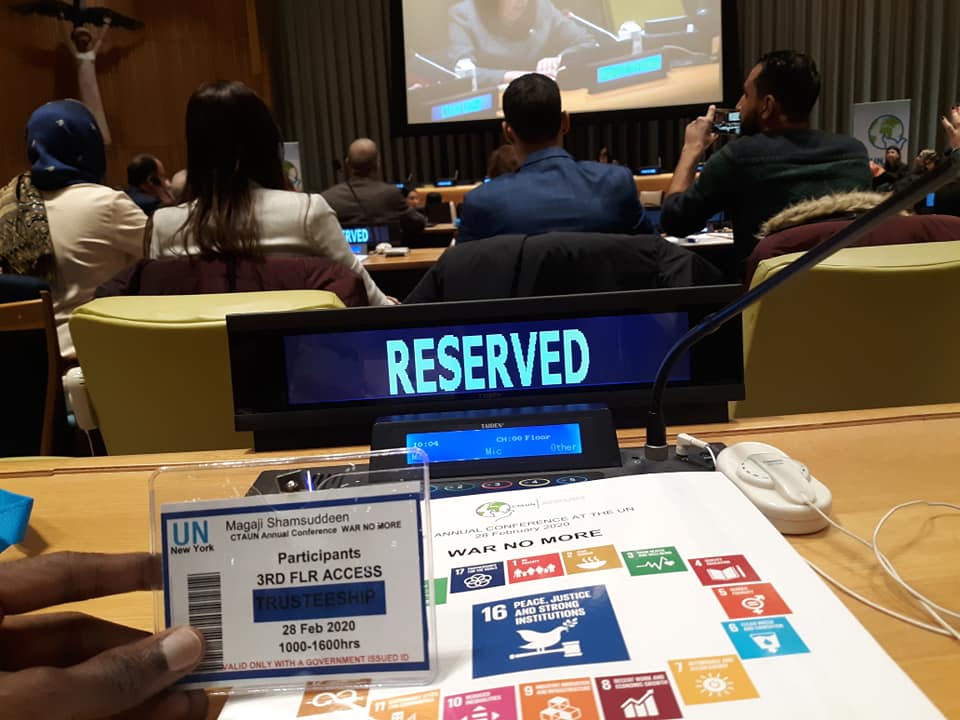 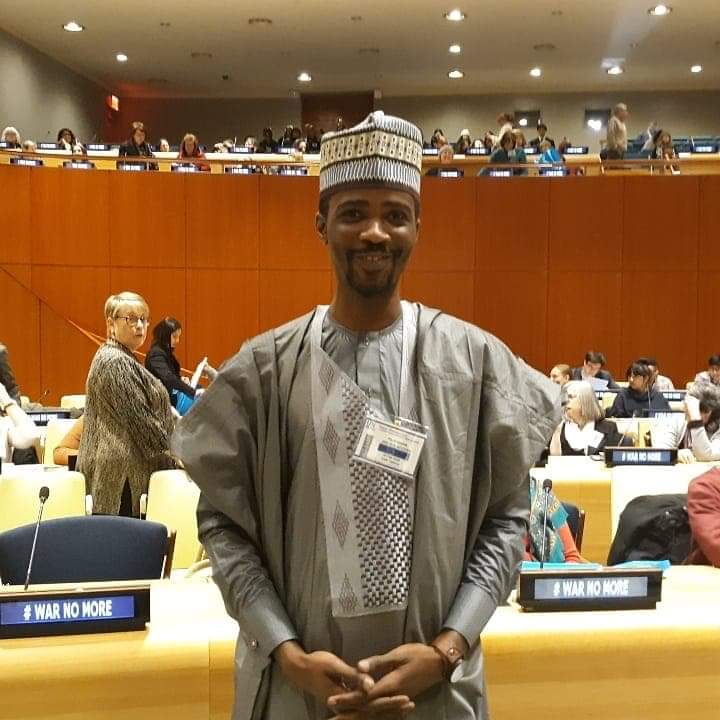 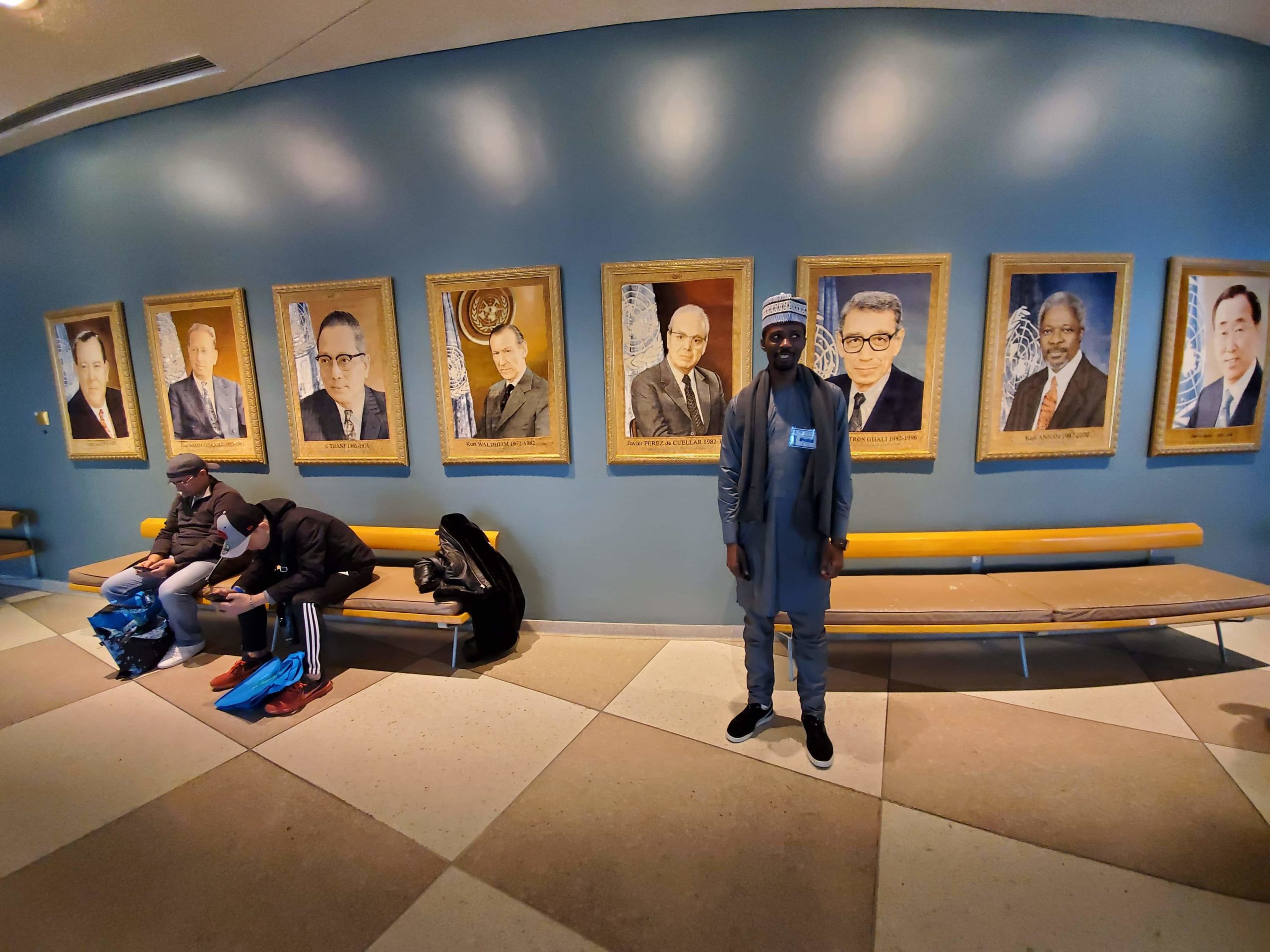